What creates a sense of wonder in fantasy?

“The true fairytale is, to my mind, very like the sonata….if two or three men sat down to write each what the sonata meant to him, what approximation to definite idea would be the result? Little enough…” George MacDonald writes in “The Fantastic Imagination” a prologue to his own fantasy tales. He argues that fairytales cannot be explained, but simply experienced, and he ends with this wish: “If any strain of my broken music make a child’s eyes flash, or his mother’s grow for a moment dim, my labour will not have been in vain.”

If you’re reading an article about fantasy then I’m guessing you’ve probably experienced the wonder of fantasy. You’ve covered your mouth to prevent screaming at the dragon’s fire, and you’ve wished you could dance in the Land of Oz or eat from Wonka’s Chocolate Factory garden. But what actually produces those emotions? What makes a “child’s eyes flash” or “his mother’s grow for a moment dim”?

If we could analyze magic, then it wouldn’t actually be magic. But could we at least list the methods expert authors use to lead us to the magic?

Several Disclaimers: I apologize for the overabundance of quotes and examples, the lack of explanation for story references and writing terms, and the spoilers (Harry Potter and the Deathly Hallows, Mockingjay, Lord of the Rings, The Name of the Wind, and The Last Airbender). 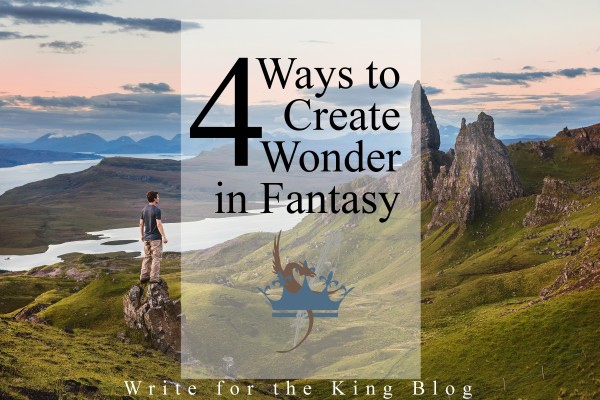 When Katniss Everdeen is fighting in her second Hunger Games, she recalls Haymitch’s words: “Remember who the real enemy is.” She switches from attacking the other game participants and instead attacks the game itself. While most of us aren’t in some gladiatorial arena, we are easily distracted by surface problems instead of the real issue. As a teacher, I constantly have to remind myself that achievement test scores aren’t the goal –learning is.

Harry Potter has to choose his priorities as well –horcruxes or hallows. In Lord of the Rings, we learn that the insignificant (such as hobbits) can have a huge impact, and Lucy’s obedience to follow Aslan even when no one else can see Him gives us the faith to obey when we are misunderstood in real life. These great stories are based on such principles as love, sacrifice, joy, courage, providing a deeper meaning to character’s actions than at first glance.

Without the truth, the beauty could not be, and the fairytale would give no delight.

In the old stories the invisible was alive within the visible, and human beings were players on a supernatural stage….The true stories were constant pointers to the real possibility that the unseen world could intersect this world…There was always another level of meaning, a hidden truth, and a veiled presence.

~ Dwight Longnecker, The Romance of Religion: Fighting for Goodness, Truth and Beauty

Though fantasy is often considered synonymous with “make-believe” and “delusion”, fantasy makes what is important in our actual lives more real.

On one hand, they grant us a level of moral distance and abstraction that is otherwise impossible…. On the other hand, the fantasy also permits the isolation and amplification of particular virtues and vices.

Madeleine L’Engle, author of A Wrinkle in Time, points out that stories help us interpret our reality:

Why does anybody tell a story? It does indeed have something to do with faith, faith that the universe has meaning, that our little human lives are not irrelevant, that what we choose or say or do matters, matters cosmically….Our truest response to the irrationality of the world is to paint or sing or write, for only in such response do we find truth.

~ “Words of Wisdom” The Writer’s Handbook

Recently, I started watching two different stories which were based on moral ambiguity. There were no clear heroes, and the plots were acclaimed for being subversive. I didn’t finish them because they weren’t good for my soul. However, I did read summaries and reviews of both of them online since I was curious how an author could provide resolution to a story with no clear hero. Is it possible to have a satisfying ending without good triumphing over evil? Personally, I’d argue no.

The deeper principles of love, truth, justice, courage give power to all stories –but perhaps especially fantasy.

Just as principles give depth to a fantasy story, archetypes provide a deeper meaning by hinting at our ontological desires.

Why do main characters, particularly in fantasy, tend to be orphans? Perhaps because sinful humans are estranged from God the Father, and we all experience loneliness to some degree. Why are dragons crafty, greedy, and profoundly evil? Perhaps because our enemy is the same.

~ Gabrielle Massman, “Why it’s Okay to have Cliches in your Fantasy Novel”

Stories usually follow one of the archetypal plots of rags-to-riches, coming-of-age, quest, etc. While experts differ on the number of plots, I, although admittedly unqualified, boil it down to 4 in my archetypal plots blog post series. These plots are based on our God-given desires to be loved (romance), to be saved (transformation), to find the New Jerusalem (quest), and to defeat Satan (overcoming the monster).

The poignant tales of lost children, the transit through the underworld, the quest for redemption, the salvation from slavery, the passage from death to life, and the hero’s battle with the forces of darkness—all these stories come alive in the ancient stories of the Hebrew people. The difference is, the stories are locked into history. The fantastic tales become family sagas.If the same symbols and stories arise time and again throughout human culture, then we ought to conclude that these stories and symbols lie deep within the universal consciousness of humanity.

~ Longenecker, The Romance of Religion: Fighting for Goodness, Truth and Beauty

Whether authors intend to add deeper meanings to their stories through principles and archetypes or not, stories naturally have a hidden message because God is the Ultimate Storyteller.

Man’s [writing] must mean more than he meant….it is God’s things, his embodied thoughts, which alone a man has to use, modified and adapted to his own purposes, for the expression of his thoughts; therefore he cannot help his words and figures falling into such combinations of another as he had himself not foreseen….A man may well himself discover truth in what he wrote; for he was dealing all the time things that came from thoughts beyond his own.

Hearing the story of the dragon stealing the Lonely Mountain causes Bilbo to leave his own comfortable hobbit hole. Understanding the “Tale of Three Brothers” helps Hermoine, Harry and Ron learn about the Deathly Hallows. In the Kingkiller Chronicles, Kvothe’s parents are killed over the legend of the Chaldrians. Kvothe (and the reader) spend their lives piecing together scraps of knowledge about who the Chaldrians are and what his parents knew that got them murdered.

Not only do legends motivate characters, but they also provide a sense of history and permanency to a fantasy world. When C. S. Lewis alludes to Greek and Jewish mythological characters such as Bacchus, Silenus, and Lilith, he makes the world of Narnia feel layered and rich. Putting history or prophecy in another literature form, such as poetry, song, the simplicity of a child’s tale, archaic language, or multiple versions by unreliable narrators can deepen the mythical feel.

When Jewel tells Jill about Swanwhite the Queen and Moonwood the Hare, or the Lothlorien elves sing of Gandalf’s past exploits, the reader wants to know more about those stories. Thus, parts of the fantasy world are left hidden and unexplained, providing mystery and longing.

Why do castles excite us? Perhaps because they have secrets to be explored. Hogwarts has its moving staircases, vanishing steps, secret passageways and the Room of Requirement. In The Water Castle, there is a room on the wrong floor, an inner staircase from the basement to the roof and a room that could be entered by both sides of another room. Iron-Hearted Violet finds rooms that only appear at certain times and doors which only go one direction.

Perhaps there is no castle, but fantasy stories often have other secrets to discover. The Whomping Willow leads to the Shrieking Shack and there is a whole country inside the stable of The Last Battle. Codes, maps, special locks, and secret compartments add mystery and the thrill of discovery to a book. Then there are hidden or special societies such as the Knights of the Round Table, the divergents, and the Jedi.

The magic system of fantasy is perhaps where our intellects are stretched the most. We enjoy discovering the rules of magic throughout the story, figuring out why it works in one instance and not in another. 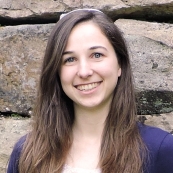 After growing up as a homeschooled Mennonite pastor’s kid, Tabitha Driver experienced a bit of culture shock in becoming an 8th-grade public school English teacher. From police dog searches to parental requests for the “teacher with the halo”, her 7 years of teaching haven’t been boring. Henri Nouwen’s emphasis on ministering through weakness has challenged her to be more vulnerable, and Miroslav Volf’s recognition of a God who is angered by injustice has pushed her to be more confrontational. She blogs at ultimatemetaphor.blogspot.com and edits for Crosswind Magazine (formerly Light Magazine).

This post is part 1 in a series on Tabitha’s blog. If you enjoyed this post, go check out part 2 on writing the extraordinary into fantasy and the third and final part about using structure to create wonder in fantasy. I’ve read all three parts, so I can tell you that you don’t want to miss it!

2 thoughts on “4 Ways to Create Wonder in Fantasy”